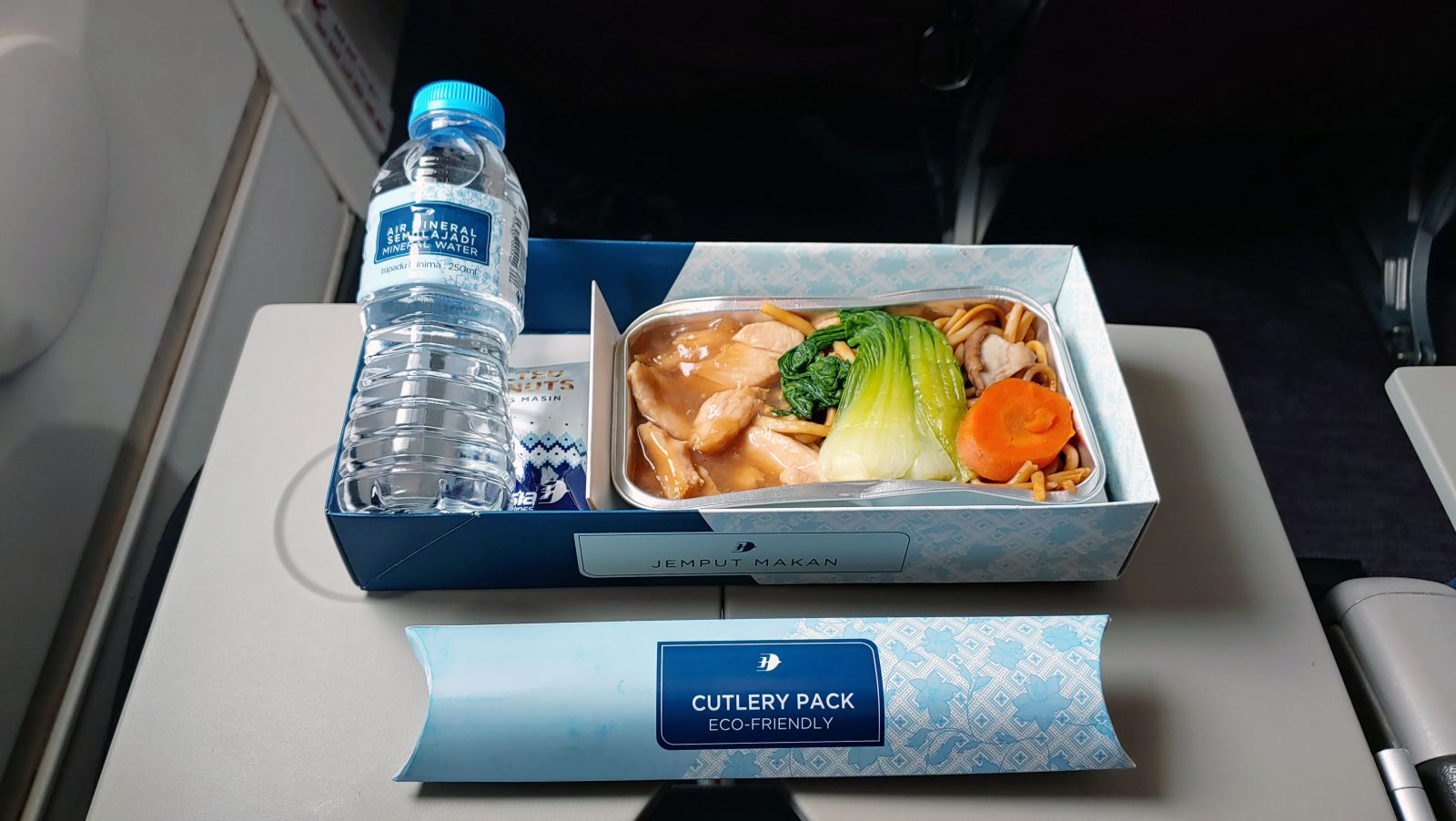 My flight from Denpasar Airport to KL would take 2hr 55mins on the airlines’ A330 aircraft. Overall the flight wasn’t special, and the cabin crew was a little standoffish and hardly conversed with passengers.

About 15 mins after taking off, the crew began delivering the special meals by hand. A set of crew worked from the rear of the aircraft and met their colleagues halfway in the cabin. Once the food was delivered, a beverage cart followed behind.

Note that Malaysia Airlines does not offer alcohol on flights within three hours of Kuala Lumpur.

25 mins after taking off, I was offered a meal.

Surprisingly there were two choices offered, chicken or fish.

I opted for the chicken, which was quite good. It was served in a box containing a packet of nuts, a water bottle, and eco-friendly cutlery.

About 45 mins after take off, the crew came through to collect any waste and offered a second round of drinks.

The service concluded about 1 hour after take-off, and before long, it was time to land in KL.

The following day I flew from KL to Manila on the airlines’ Boeing 737, a 3hr and 50min flight.

The crew on this flight was more engaged and friendly.

After taking off, the three cabin crew in economy class swung into action.

The food cart came thru first, followed by the beverage cart.

The choices were chicken or fish, and I once again went with the chicken, which was lovely.

It took the crew about 1hr 20mins to complete the service, and before long, it was time to land in Manila.